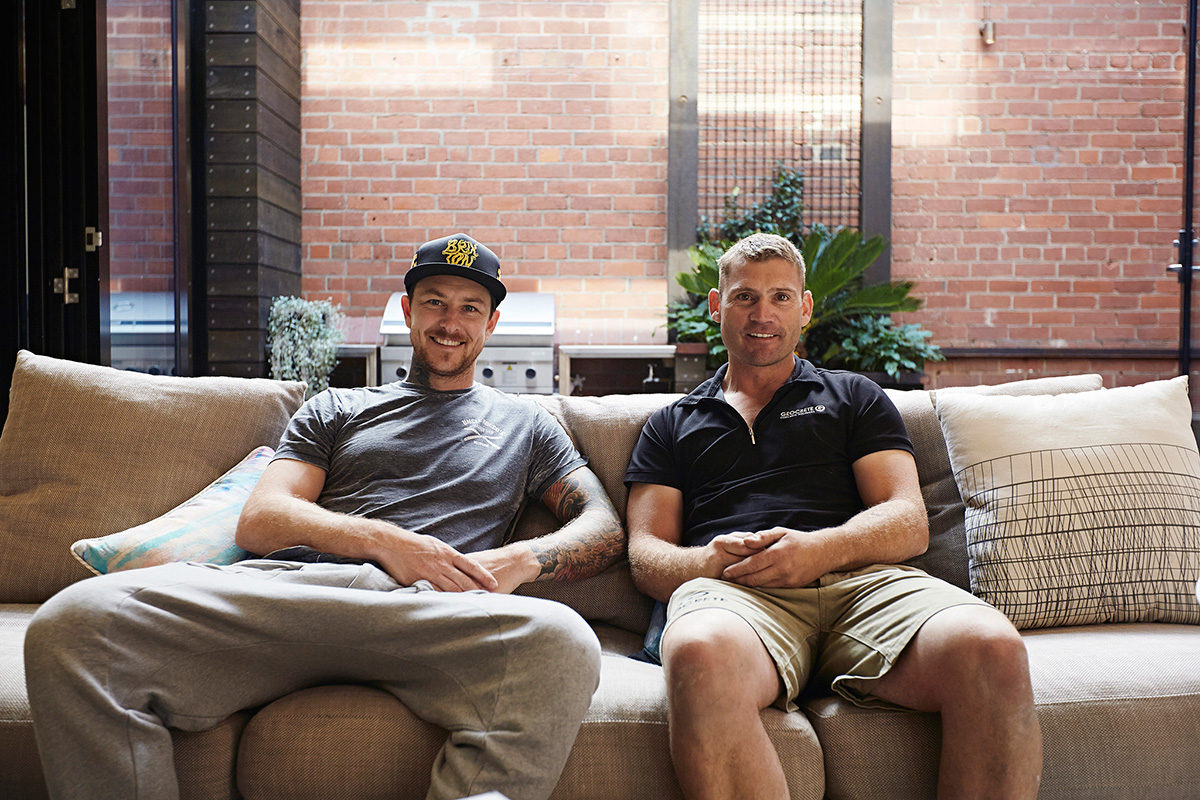 ‘The Block’ is Australia’s most popular reality home renovation television show, which Geocrete recently experienced from the inside as the supplier of polished concrete floors to contestants Brad and Dale in the ‘Fans vs Faves’ series.

It was an exciting and nerve-wracking experience, with a fair bit of pressure thrown in as well. I wanted to produce a perfect floor that would be a big asset to Brad and Dale and a great advertisement for my GeoshineTM concrete polishing system and Geocrete generally. Stuffing up on national television was not an option!

I sent Brad and Dale along to one of my main concrete suppliers, Vic Mix, to examine my polished concrete samples and choose the colour and style they wanted. They chose off-white concrete with quartzite aggregate and a high-gloss finish – a beautiful combination.

For the ‘Fans vs Faves’ series, a giant warehouse at 47 O’Grady Street, Albert Park, was renovated. The ground floor was designated as a common area, so the individual apartments were on the first floor.

That meant the 100 square metres of concrete I had to polish through the entry, hallway, living area and kitchen were also on the first floor, which is pretty unusual in my line of work because of the weight of my grinding equipment. It’s almost impossible to haul a half-tonne grinding machine up stairs safely.

But this was ‘The Block’ and the impossible is done every week. Brad and Dale went halves with Kyal and Kara (they of the $8000 bath!) to hire a crane to lift bath and equipment into place through the roof.

There was a bit of controversy over the polished concrete, with contestants Alisa and Lysandra complaining that Brad and Dale were getting an unfair advantage by being able to do all their floors at the same time. A compromise was reached where I did the main part of the polishing in one burst, then came back to do the final concrete finishing as each room was contested. 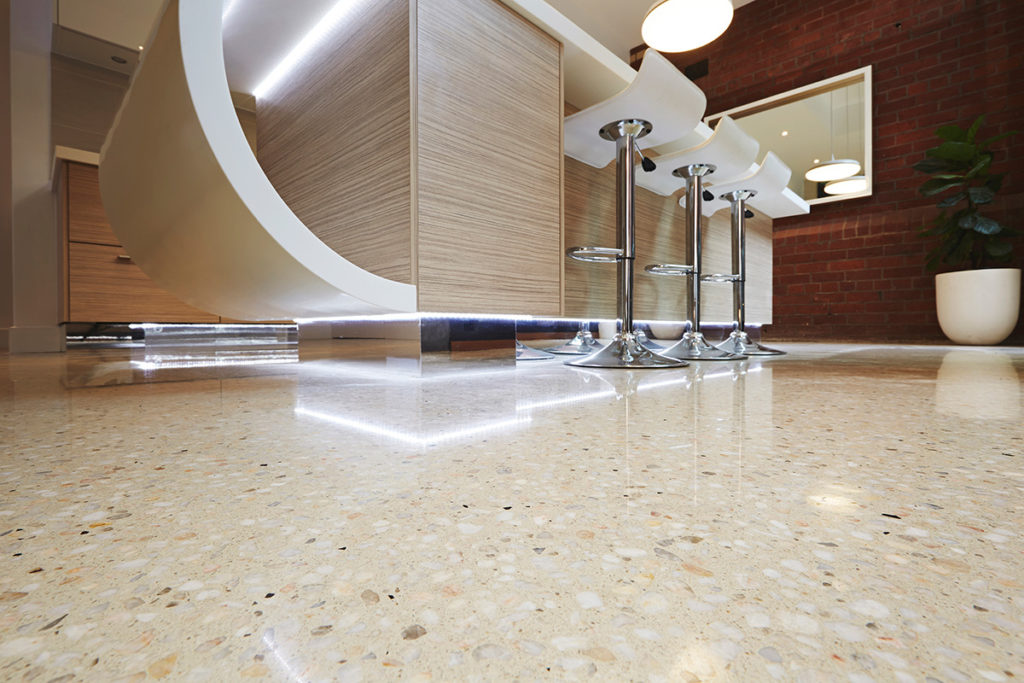 Brad and Dale were great guys, real comedians, and they respected my work and were rapt in the final result. We all got down on our hands-and-knees and did a ‘Rex Hunt’ on the floor – we gave it a big kiss!

The first part of my floor was unveiled during week 5, kitchen week (episode 34). Judge Neale Whitaker called the floor “absolutely magnificent” and “breathtaking”. (Unfortunately the judges weren’t as complimentary about the rest of Brad and Dale’s kitchen, although I reckon it looked fantastic.)

So my ‘star turn’ on ‘The Block’ has turned out to be a very positive experience. I’ve already received several enquiries from viewers interested in getting me to polish their new floors and hopefully there will be a lot more.

Now that I’ve had a taste, I’m looking forward to getting another gig on reality television. So to any TV producers who happen to be reading, I’m ready and waiting for your call.

Get in Touch With Us

Available exclusively through Geocrete, Geoshine™ is a unique and customisable concrete floor polishing system that produces floors of unsurpassed strength, durability and beauty.

Interested in knowing if our polished concrete is suitable for your home or business? 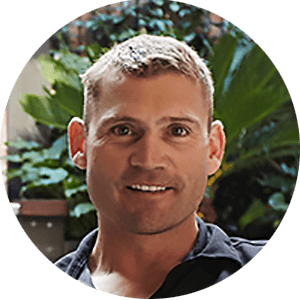 Geocrete is a culmination of my study of geology, training under an Italian concrete finishing master, and decades of working with the beautiful product of concrete. I am committed to making Geocrete the most passionate and determined polished concreting company in Australia, providing my clients with the highest quality floor of any company in the world.

Get in Touch with Us

Interested in knowing if Polished Concrete is suitable for your home or business?

Contact us for a floor that far exceeds your expectations.